PSA Oxygen for Waste Gas Treatment in the Semiconductor, PV and LED Industries

Waste gas treatment is an often overlooked but important function of Semiconductor, PV and LED fabrication. Several serious accidents have taken place in factories where no abatement was installed. Even today waste treatment is often seen as a cost rather than a safety issue. 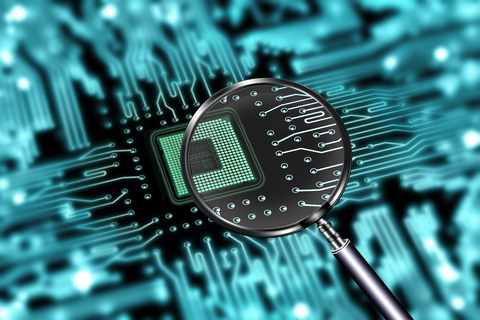 There are three main reasons why waste gas treatment is installed in factories: health and safety, environmental factors, and quality control.

1. Many of the process gases used are flammable or explosive such as H2 or SiH4, while others are poisonous such as COF2, HBr and F2 and must be treated before exposure to humans or wildlife.

2. Many gases used are dangerous for the environment such as tetrafluoromethane or carbon tetrafluoride (CF4) which have a lifetime of nearly 50,000 years in the atmosphere. They have a global warming impact 6,500 times that of CO2.

3. Waste gases contain particles or dust in the gas flow. This dust has the possibility to disrupt the facility exhaust systems leading to unintended downtime in the manufacturing plant.

Perfluorinated compounds (PFC’s) like CF4 are widely used in the semiconductor industry in dry processing applications such as film etching, chemical vapor deposition chamber cleaning and as a coolant for semiconductor manufacturing tools. The treatment of PFC’s before discharge to the atmosphere is a critical function of any abatement system. The main issue with many PFC’s is that they are extremely stable molecules. The strength of the PFC’s is the strongest single bond known in organic chemistry. It is extremely stable and requires large amounts of energy to break the molecules into constituent elements.

In order to crack the CF4 molecule temperatures of nearly 1,400 degrees C (2,552 degrees F) must be reached. In a reactor or burn box, fuel gas and oxygen provide both the energy and oxidant to allow the CF4 to breakdown.

OGSI PSA generated oxygen can be a cost effective and safe source of O2 for abatement for the following reasons:

b) OGSI  can produce O2 at a cost of 3 to 4 KWh per 100 SCF (remember – the raw product air is free!). The cost to produce PSA O2 comes mainly from the generation of feed air (air compressor & dryer). However, this power cost is less expensive when compared to the cost of high purity (99.999 %) O2 used in other areas of the plants that manufacture semi-conductor & related products.

c) OGSI PSA O2 is always in the gaseous form, unlike liquid O2 (LOX) used elsewhere. In the US LOX is considered a hazardous material that requires special handling & storage. With PSA O2 you only make what you need with little to no storage required.

d) OGSI PSA O2 systems will operate from the shop air (oil free air is even better!) found in most semi-conductor fabrication buildings. This air can substitute for the feed air from a dedicated air compressor & dryer to reduce costs.

e) OGSI  O2 systems are a safe and reliable way to produce O2 for waste gas abatement & emissions reduction and are currently in use by leading manufacturers.