What Is an Oxygen Generator? 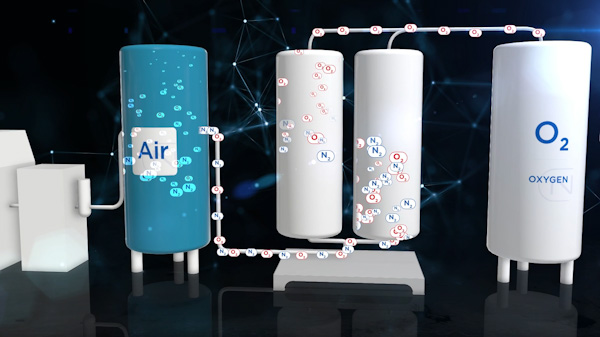 So What Exactly Is an Oxygen Generator?

Every day, many people in the medical field or in a number of industries work with medical-grade oxygen. Most applications for oxygen use oxygen cylinders, or bulk oxygen in the form of liquid O2, which must be delivered to the place of use. However, cost savings can be achieved by using an on-site oxygen generator. An oxygen generator separates oxygen from nitrogen and other components found in compressed air using a unique selective adsorption technology. Oxygen in the air is made to pass through a gas separator called molecular sieve, which separates out all the nitrogen, leaving high purity oxygen available for direct use, or to be compressed into cylinders. This process is called PSA, which stands for pressure swing adsorption, which is the technology used in most standard on-site oxygen generators and concentrators. Below is a description of how PSA technology is incorporated into NOVAIR’s high-quality medical and industrial oxygen generators.

How Does a PSA Oxygen Generator Work?

The magic of an on-site PSA oxygen generator happens in the filtering process that takes place with the help of molecular sieve. Sieve is a component of an oxygen generator made of special material with porous microscopic holes of an exact size that allow for the separation of the different sized molecules found in ambient air. Since Nitrogen molecules (N2) are larger than oxygen molecules (O2), sieve acts like how a strainer works when making spaghetti, holding back the noodles while letting the boiling water flow freely. Yet in the pressure swing adsorption process, the way sieve ‘strains’ depends upon how pressure is applied.

At high pressure, sieve adsorbs or attracts nitrogen and at low pressures it desorbs or releases nitrogen. OGSI oxygen generators consist of two tanks or beds filled with sieve. As pressured air is introduced into the first bed, it passes through the sieve and nitrogen is adsorbed. The remaining oxygen and trace gases are piped to a buffer or surge tank. Just before the first bed becomes completely saturated with nitrogen, feed air is redirected to the second bed which then repeats the above process. An equalization step is also incorporated to optimize performance. The first bed is then vented into the atmosphere which allows the nitrogen to desorb or release from the sieve. To complete the regeneration of the first bed, a small amount of the oxygen is used to purge it. This process is repeated until the demand for oxygen is met. 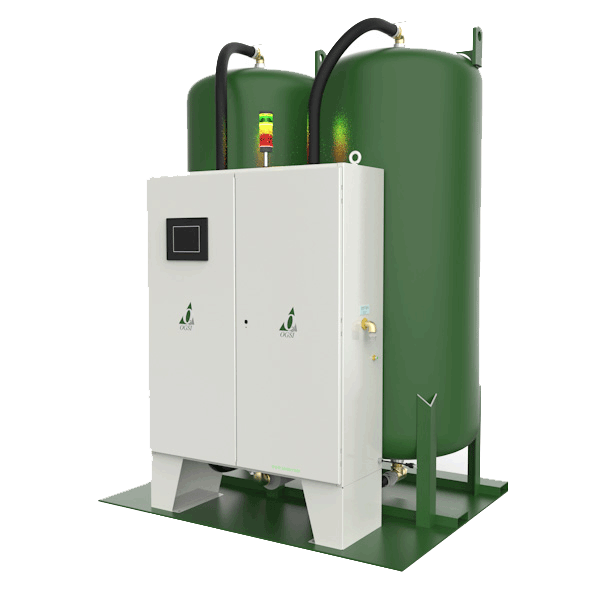 A Quick Video of the PSA Process

A very brief general overview of how sieve beds separate the nitrogen and oxygen found in ambient air during the PSA process:

PSA Technology Has Been Refined Over Time

As the industry leader in PSA oxygen generators, NOVAIR has been constantly researching and applying the latest technologies, refining and re-designing our machines over time to be increasingly efficient. At the same time, we always keep our customers in mind, to make sure that our generators are ever more eco-friendly, highly cost-effective, and of the best quality on the planet. If you are using oxygen in any way, NOVAIR would love to talk with you about how our reliable PSA oxygen generators can help you save money over time. Contact us today to discuss with our US-based team which PSA oxygen generator is the best fit for your application.